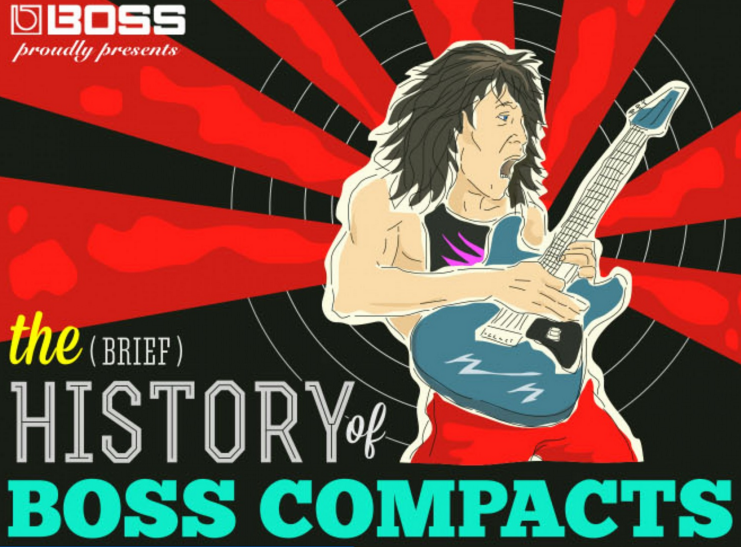 Boss has been a manufacturer for guitar effects pedals for many years. They have designed a wide range of distortion, overdrive, reverb, delay and effects pedals for both guitar and bass. The Boss Corporation is a division of Roland which also specializes in instruments, music equipment and music accessories. The infographic below shows the history of boss guitar pedals. It is displayed as a timeline showing which boss pedals were released. The infographic also shows other interesting facts about what was going on during the time of each release.

The first Boss release was the B-100 “The Boss”, which was released in 1974 – Dating back before the infographic, Boss was at the time going by the name of Beckmen Musical Instruments. The B-100 included a clip on pre-amp and pickup to amplify acoustic guitars. In the image on the left you can see ‘Boss’ as well as “A product of Beckmen Musical Instruments INC.” in the fine print at the bottom of the glass. Take the quiz now and try to guess these rock albums!!!

The first Boss foot pedal that was similar to the ones we know today was released in June, 1976. The CE-1 Chorus Ensemble. This was a stand-alone pedal which was AC-powered, large and bulky.

Boss began the development of their compact pedals in 1978, this line of pedals resembles the Boss pedals we know today. Boss released three pedals around the same time in 1978 The following year in 1979, the Boss DS-1  distortion pedal was released. These three releases would be followed by a wide variety of pedals which many guitarists have loved. Boss have designed quality pedals that last and sound great on the road touring, at home practicing, in the studio and at band practice.

Read the infographic below to see the history of Boss guitar pedals and how they have developed. For more information visit Boss US

Own any Boss Pedals? let us know your favourite in the comments section of this post. Don’t forget to share to your friends. 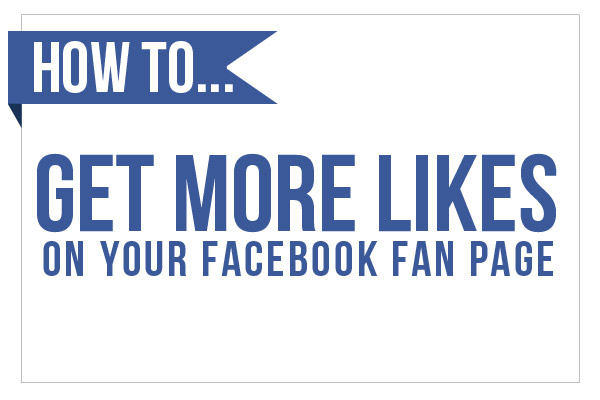 How to Get Free Likes For Your Music Page